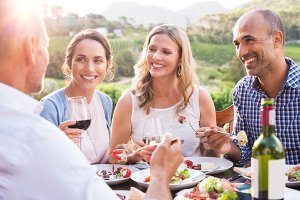 It’s now time for the topic of the week: false advertising and misleading labels. The food business is always full of trickery and shortcuts, and the consumers are usually the victims of this deceit. Commercials and labels tell us (or at least they seem to) that certain foods are healthy, when really, they aren’t. Take Cheerios, for example. The brand advertises that eating the cereal is good for people with high cholesterol because it helps lower it. Now, this is neither true, nor false because while the wording implies that the cereal itself is healthy, it’s really saying that in a diet of low cholesterol, Cheerios can prevent heart disease. It’s not that Cheerios are healthy, but rather, it’s the rest of the diet. In reality, Cheerios are very high in carbohydrates, with 21 grams per cup, and Honey Nut Cheerios are even higher in sugar than the regular kind. These foods are not necessarily terrible for you, but the science behind them is designed to keep you wanting more and craving that sugar, so ultimately it ends up being unhealthy.

You may be familiar with the brand Healthy Choice, a frozen meal company that claims in their title to be healthy. This is a misconception because any meal that is frozen is processed. These foods are very high in salt, so I strongly recommend that everyone stay away from frozen meals and TV dinners. One of the big misconceptions linked to these meals is the “all natural” label. This gives the idea that all the ingredients are fresh and from the ground, but this is also often a lie. All natural means that there are no artificial colorings or dyes, but some companies will count high-fructose corn syrup as an “all natural ingredient” because it is derived from corn. Check out this article to read more about food labels. Make sure to always read the ingredients and nutrition facts, in everything you eat.

In addition to placing misleading labels on packaging, companies have also manipulated us via commercials and the media, leading us to having incorrect beliefs on what is healthy and what isn’t. For example, the old food pyramid had grains and cereals on the bottom, but now we know that that kind of food should be consumed the least. In fact, the food pyramid was originally created by dairy companies so that people would buy more dairy products. Then why, you ask, didn’t they put dairy on the bottom? The reason is that no one would believe that dairy is actually the healthiest range of food because, in most cultures, dairy was not widely consumed. However, bread and grains had always been widely consumed. So, what is the food most commonly associated with milk? Cereal. Dairy companies ultimately profit when cereal sales increase, so they decided to make up a nutritional diagram in the shape of a pyramid that promoted cereal as a “nutritious” food. It’s a pretty clever scheme. Here’s a link to a video that I think is interesting and very relevant to this topic. You don’t have to watch it, but if you want to understand the topic a little more, this video is very helpful.

I could go on forever, but I know that this is a lot to consider, and I think that by now you get the idea.

Dr. Eros is a locally trained physician who graduated from the Academy of Our...

5 Reasons to Get an IPL Treatment

As we approach the end of summer and the start of a new year, your skin deserves (and is...